The best sparkling wine in Napa is at Domaine Carneros. We arrived at the Chateau style estate in Carneros at the southern end of Napa at 10:00 a.m., a half-hour drive from where we are staying in Calistoga at the northern tip of Napa. Ascending the front steps to Domaine Carneros evokes an Old World vibe with its fountains, hedge rows, and impressive architecture.

Our tasting table was on their front patio. After tasting some of their standard offerings, Vintage Brut, “Pompadour” Rose Brut, and estate Pinot Noir, Remi Cohen, CEO of Domaine Carneros took us on a tour of the bottling line. This was impressive to see on this scale. While I understand the Champenoise method of making sparkling wine, seeing the disgorgement, tirage, and gyropalettes showed me more than I can learn through reading or second-hand knowledge.

When we returned to our table on the patio, Remi served us two of their most premium sparkling wines. 2015 Late Disgorgement Brut is aged 6 years on the lees. To give you some perspective, that is 2x longer than their traditional Estate Cuvée Brut we tried in the first lineup.

Following that, we tried 2014 “Le Rêve” Blanc de Blanc; this was a real treat with intense yeasty biscuit flavor. Le Rêve is aged for 8 years on the lees and the name translates to “The Dream.”

After Domaine Carneros we went up into the Vaca Mountains to see Chappellet Winery and their vineyards on Pritchard Hill. The way to Chappellet is up Sage Canyon Road. The roads are winding and steep. Also on Pritchard Hill are two other very highly esteemed vineyards: Ovid and Continuum.

The elevation of the Chappellet Vineyards ranges from 800 to 1,800 feet. The soil is red volcanic and Sobrante loam that is rich in iron. It’s assumed this soil composition is a product of the nearby dormant Mount St. Helena. The grapes planted here are as follows: Cabernet Sauvignon, Cabernet Franc, Malbec, Petite Verdot, and Chenin Blanc. The Chenin Blanc vines are much further along right now especially in comparison to the Cabernet Sauvignon. They grow Chenin for Molly. It’s her favorite wine. She is 91 years old and lives in a house on the vineyard property up in the mountains. In 1966, Molly and her husband, Dan, moved their young family to Pritchard Hill and began Chappellet Vineyards. Dan passed some years ago, but his “Dan Chappellet Signature Series Cabernet” is still in production and I am proud to have it on our list at LaSalle Grill.

Lindsey Gorfine, Trade Support Manager, guided us through our vineyard tour and barrel room tasting. In addition to “Mountain Cuvée 2020,” “2019 Cabernet Franc.” And “2019 Dan Chappellet Signature Series Cabernet,” we were also able to try the 2016 Pritchard Hill Cabernet, which received 100 points from Robert Parker. It’s the only wine I tried that LaSalle Grill does not currently carry—although I’d like to change that.

My next stop was Louis M. Martini on the valley floor right off the main highway. Louis M. bought the property during prohibition in 1933 for $3,000. Back then, like most Napa vintners, they aged their wine in enormous California Redwood foeders and many of those barrels are preserved in their museum-like basement. Also in the basement, a bank-style vault houses. 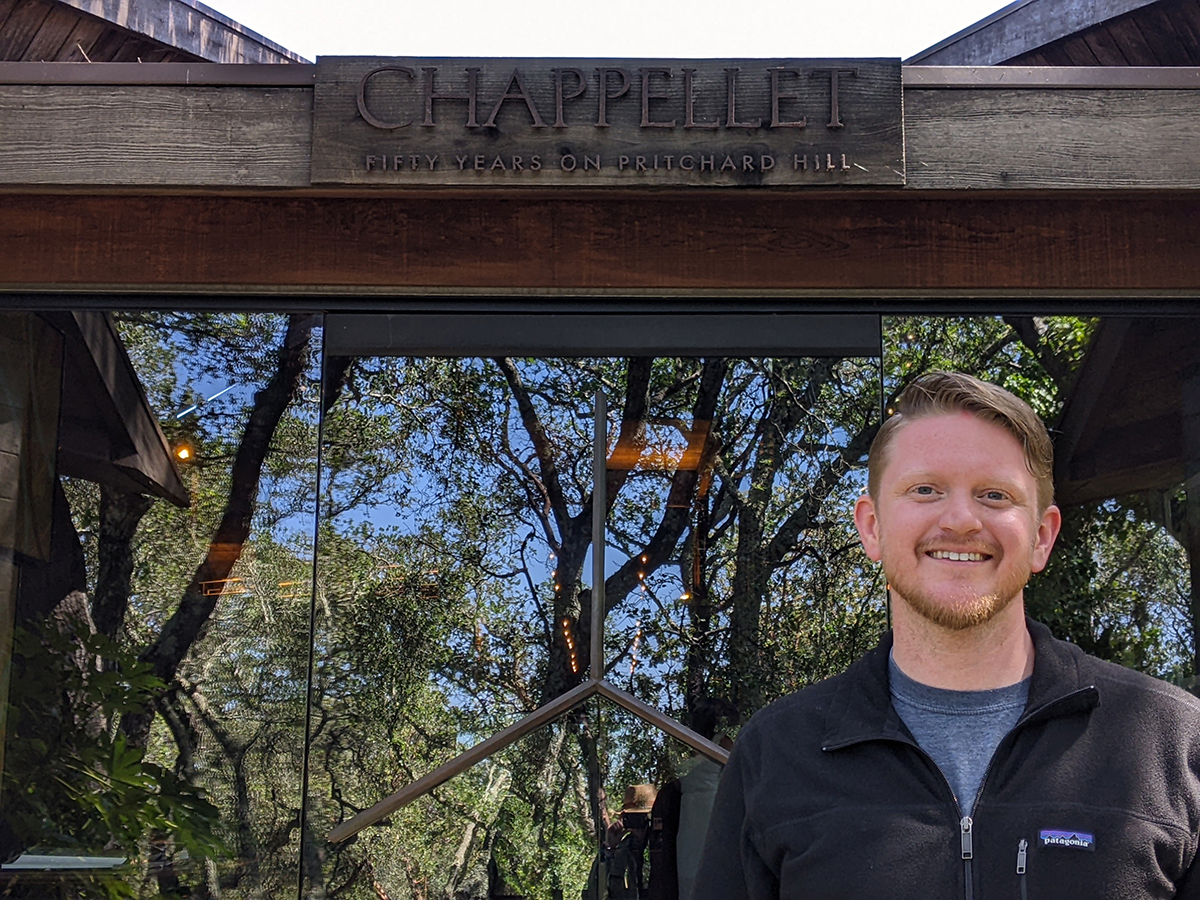 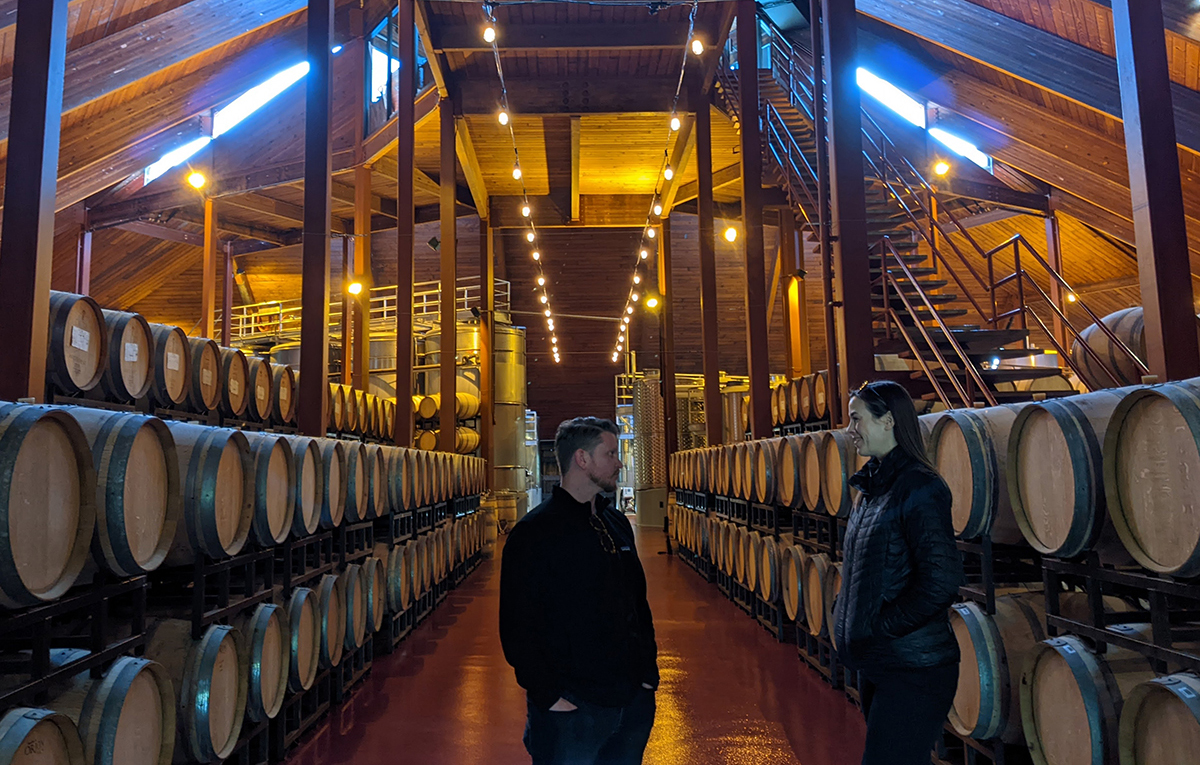 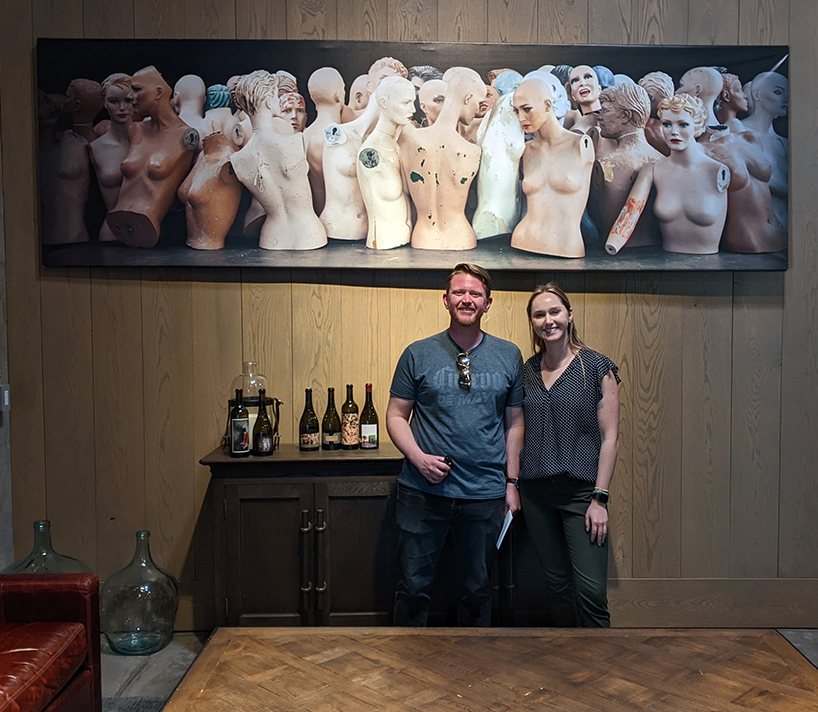 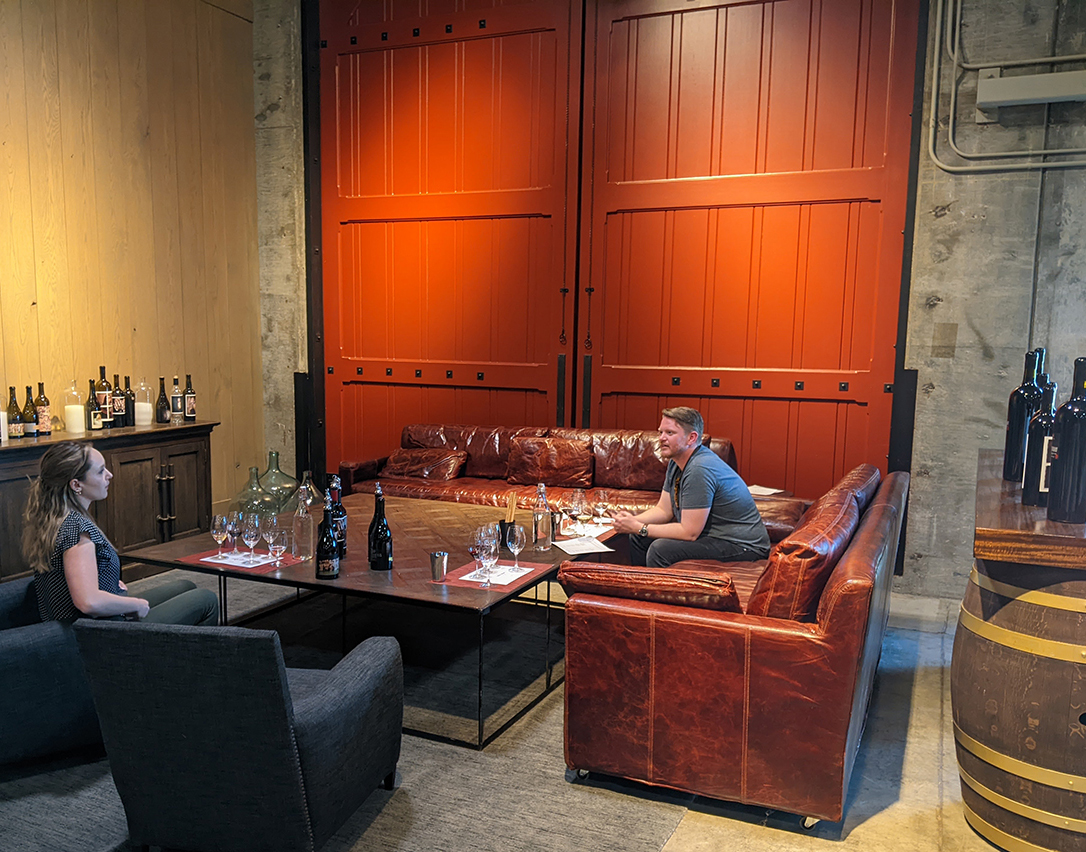 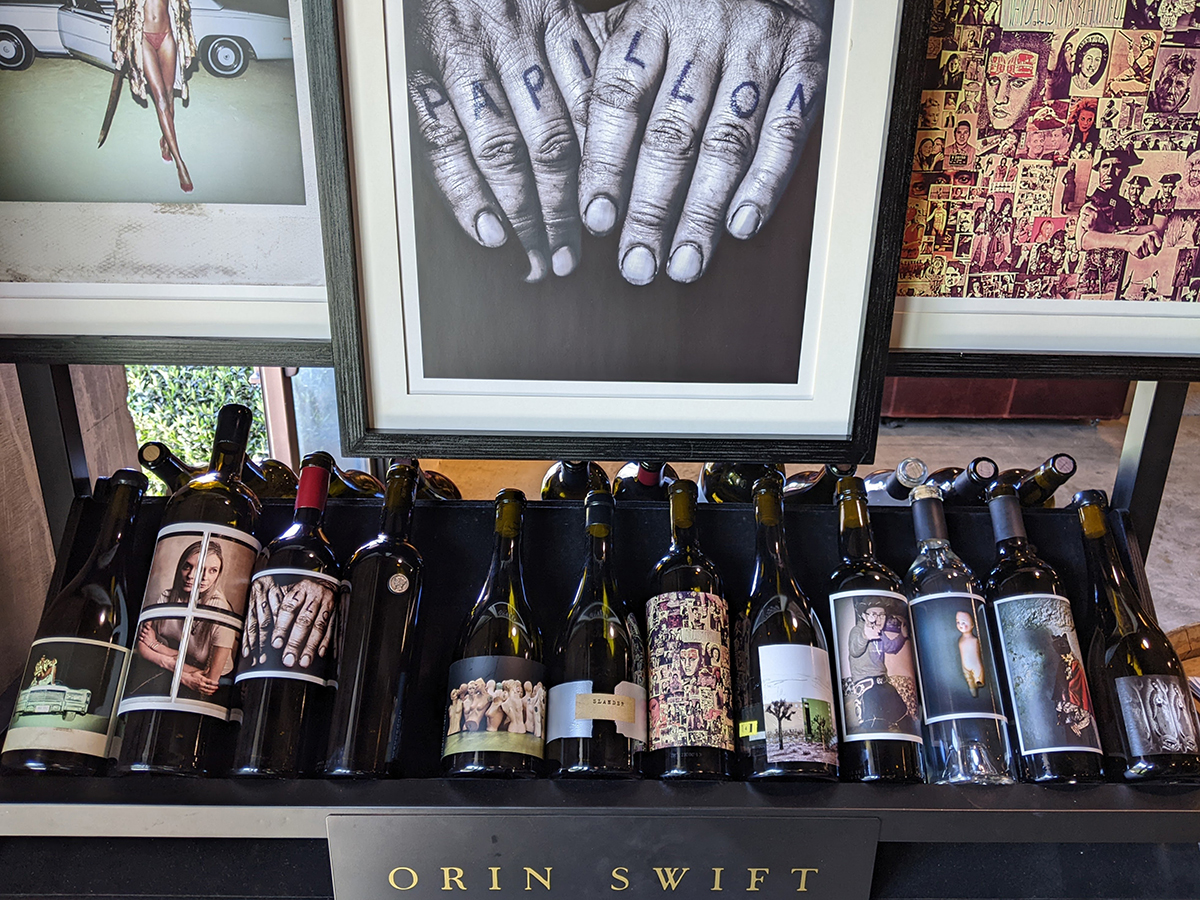 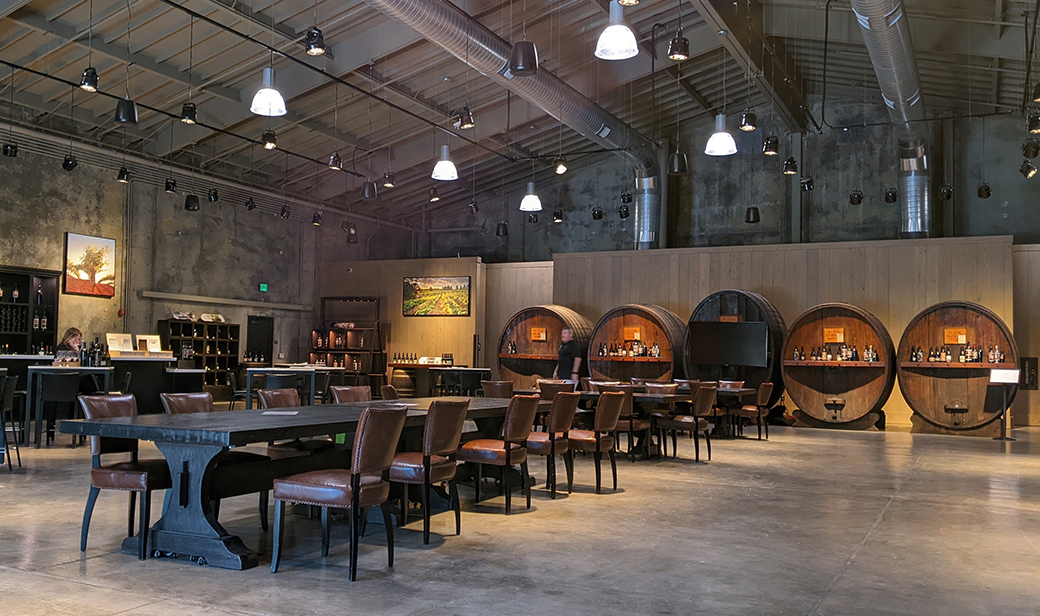 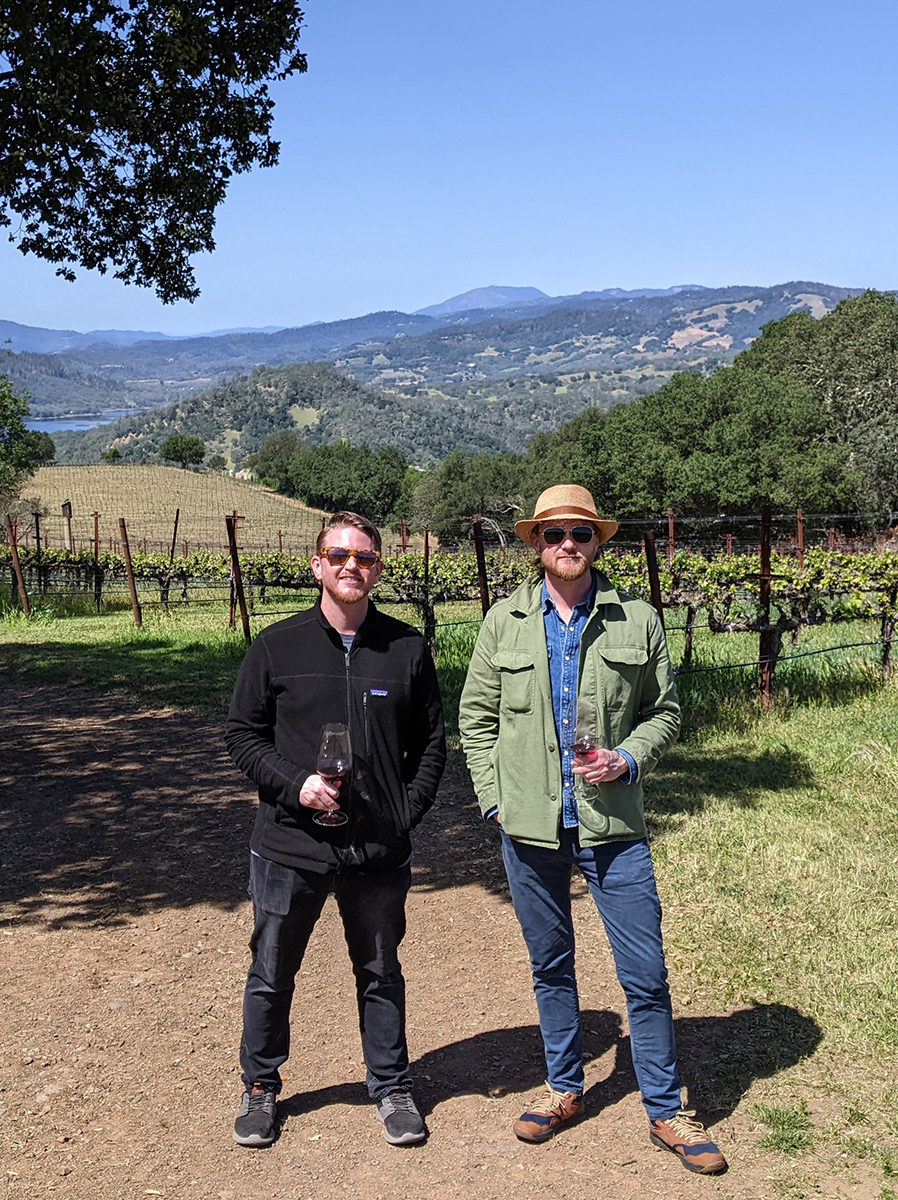 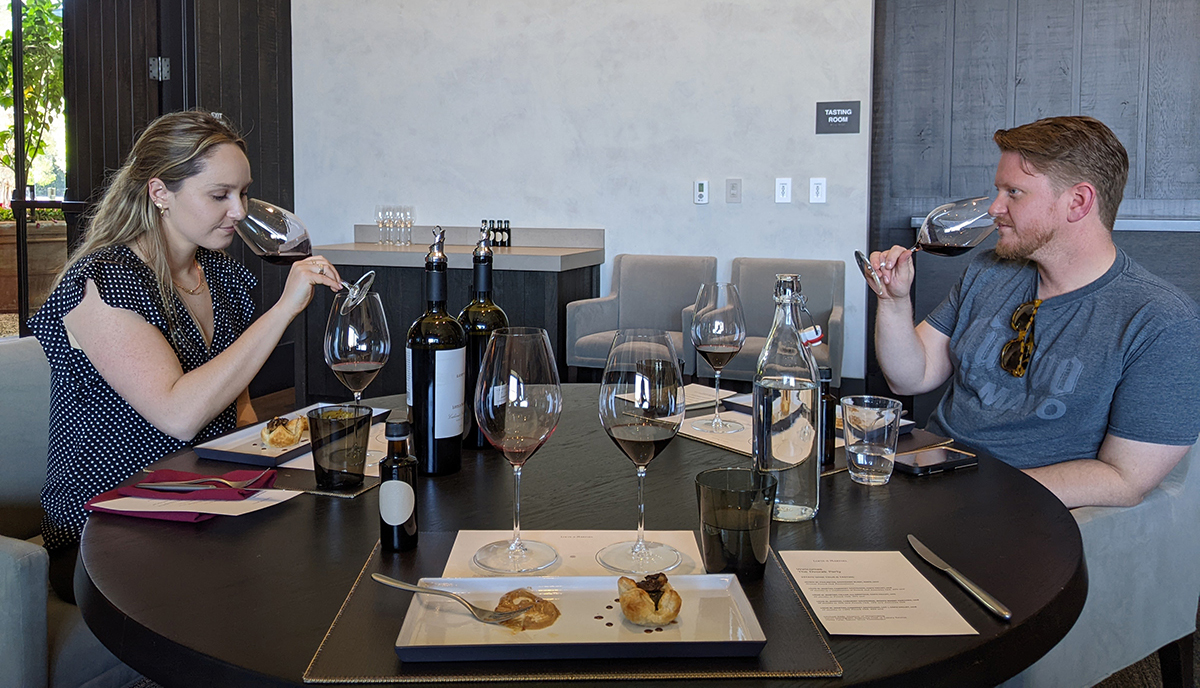 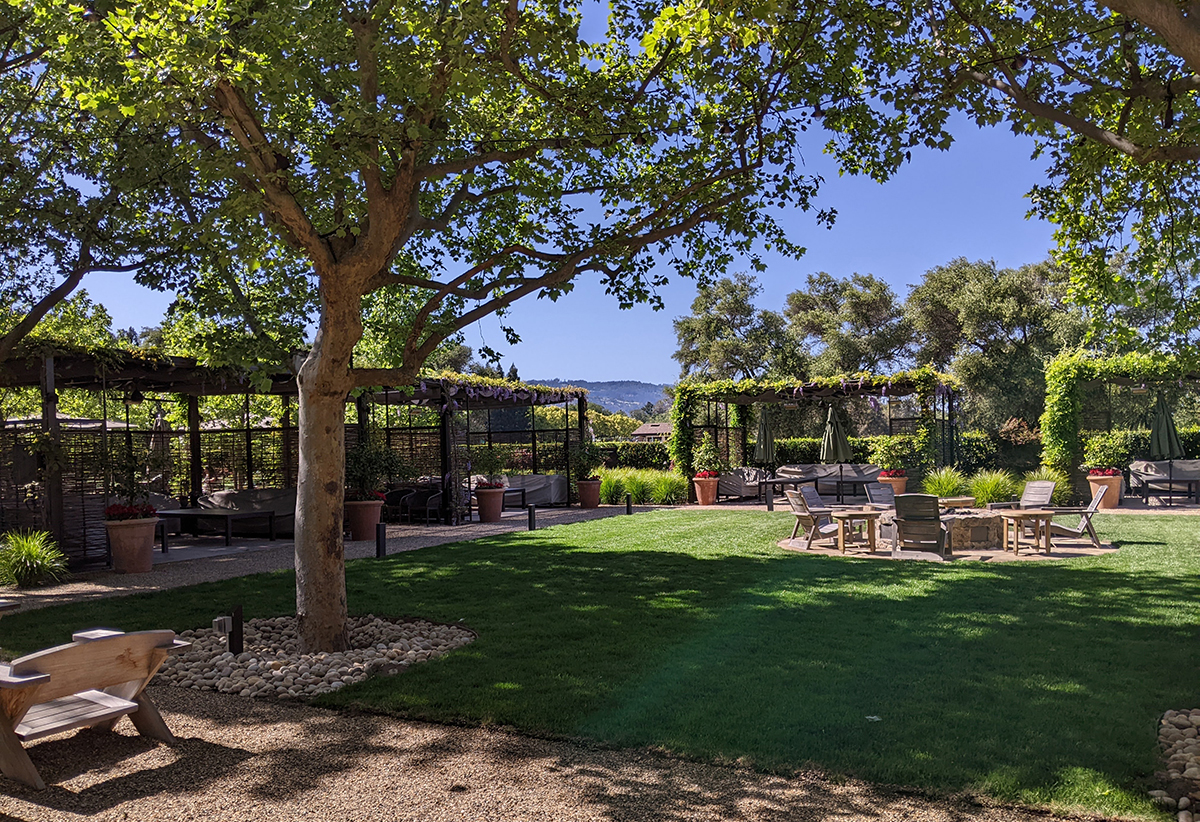 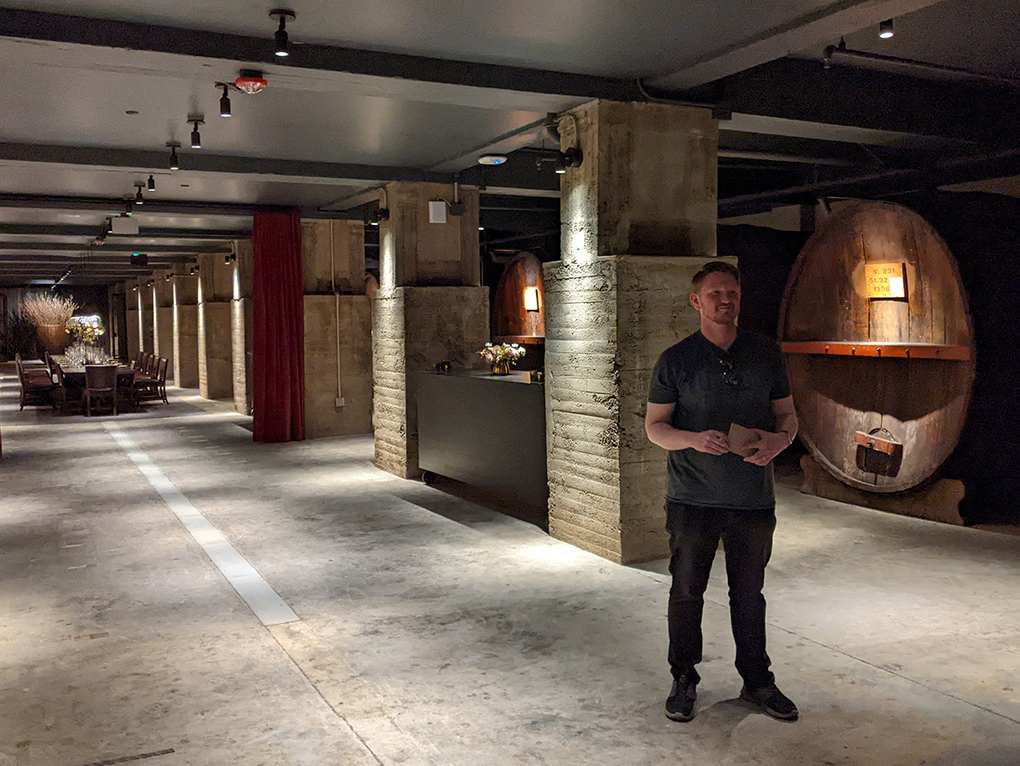 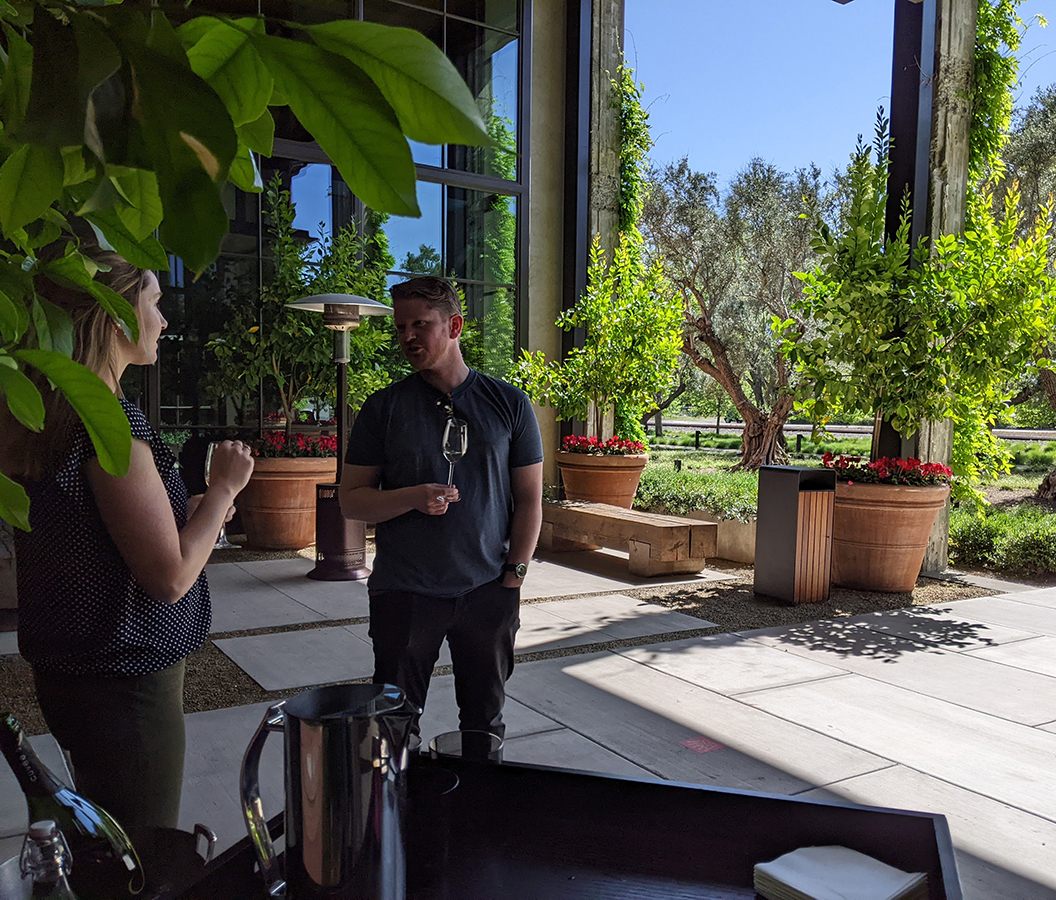 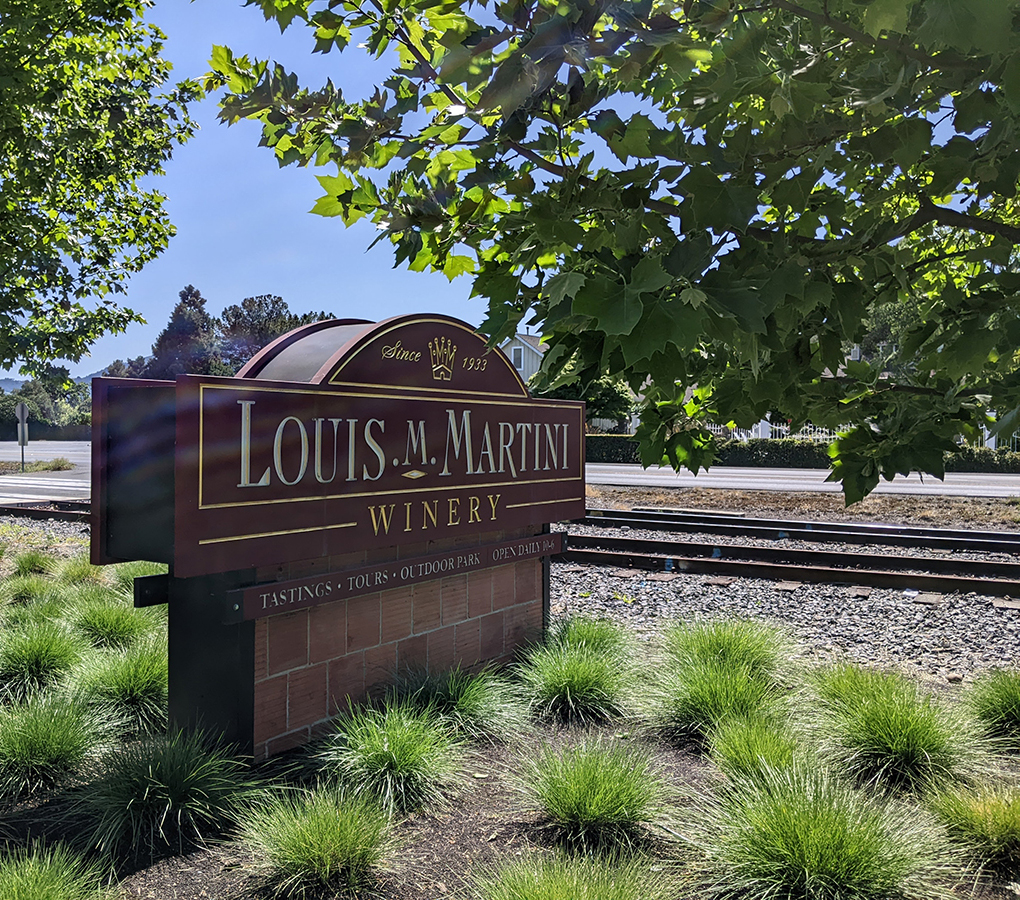 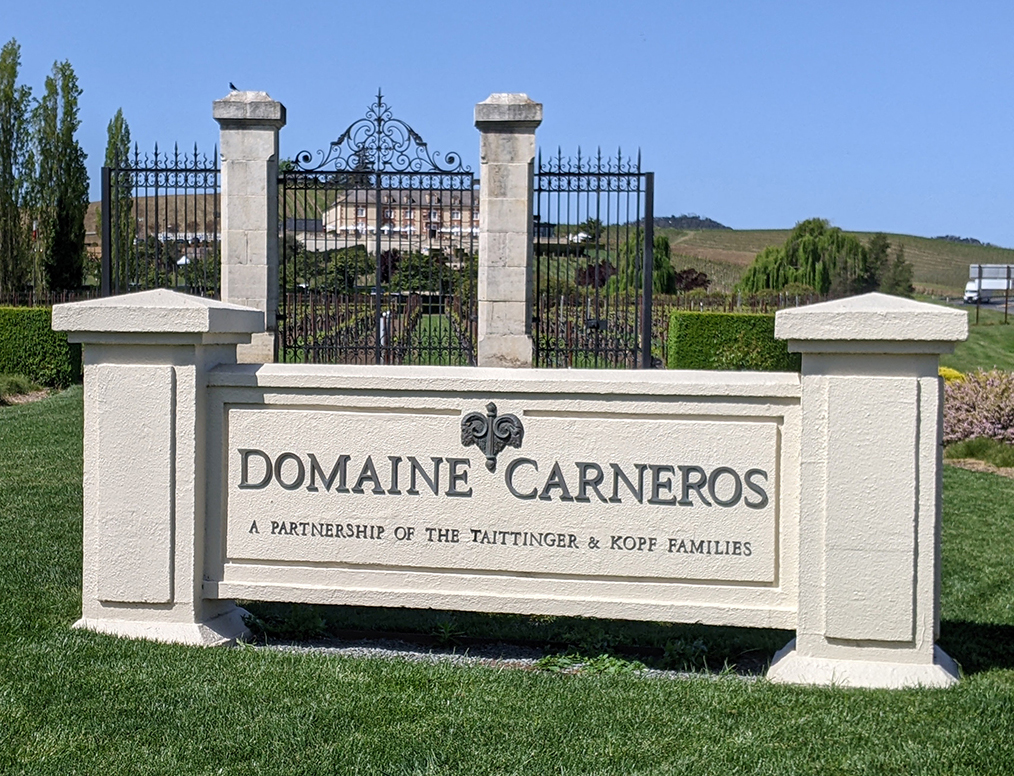 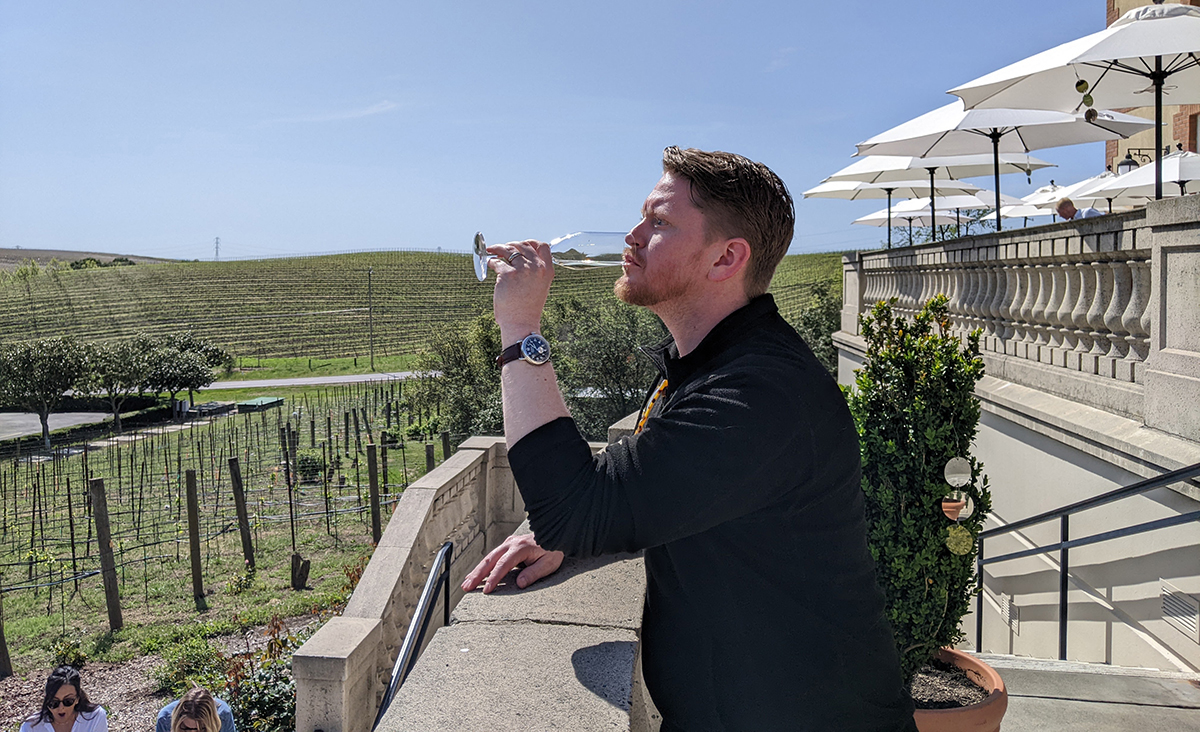 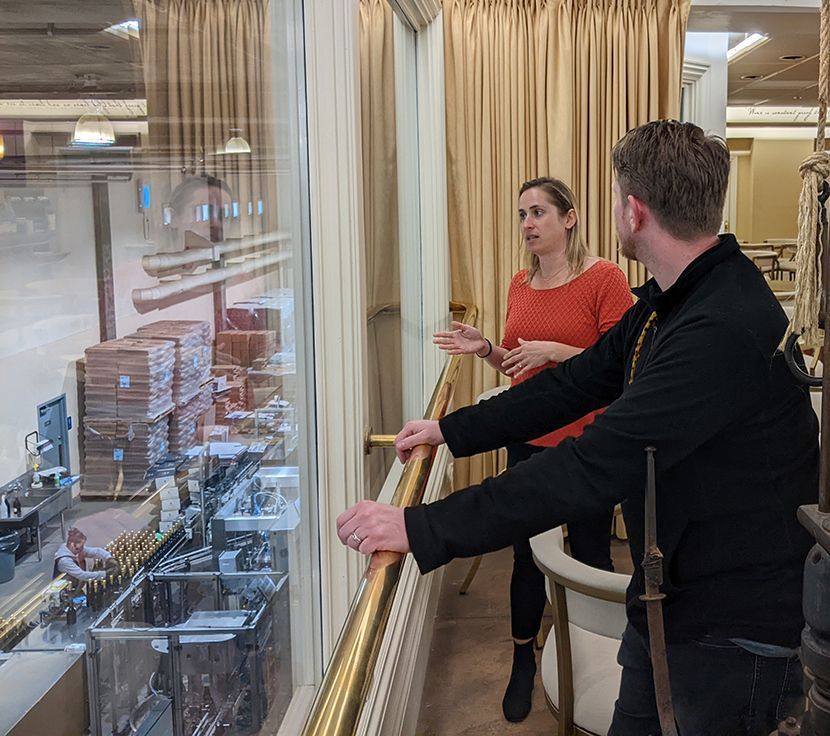 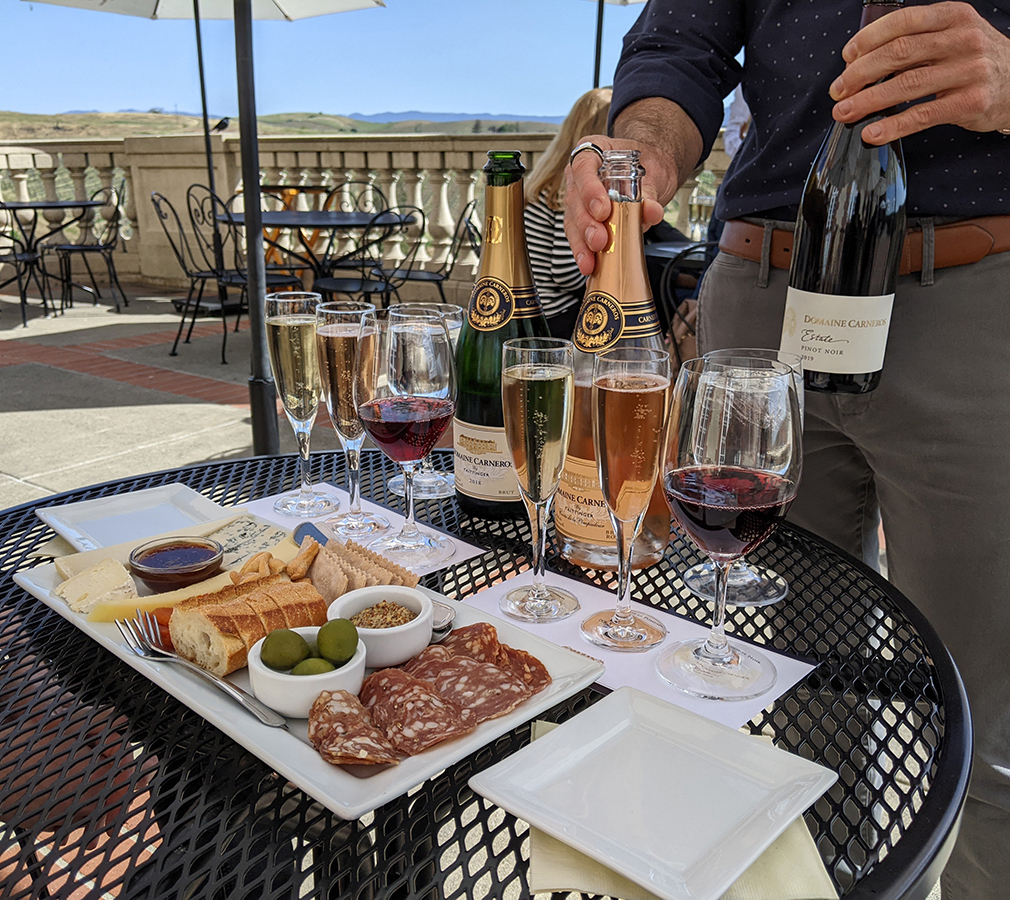 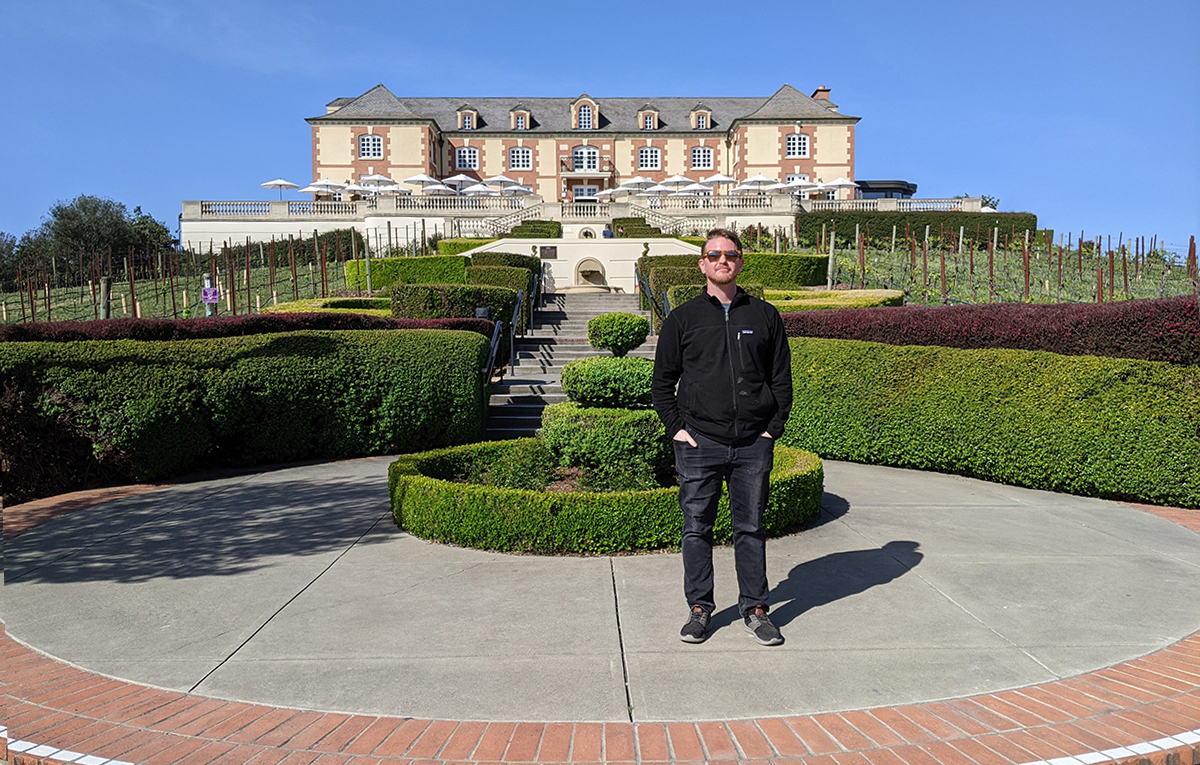